Home  ➤  Services  ➤   Cardiac Rehabilitation Program  ➤ High blood sugar and what it does to our brains. 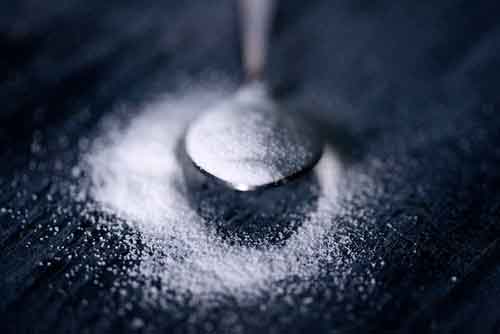 High blood sugar and what it does to our brains.

High and sustained blood sugar hurts the heart, the kidneys and even the liver. The last is a very resilient organ, despite which it gets affected by high sugar content in the blood. Recent studies in the west have added another organ of the body to this list of unfortunates. The brain.

Yes, sustained diabetes affects the brain as well. So says Dr Rituparna Shinde, Cardiologist at Aloha Clinic, Pune from his 20 years of practice and study in the field. While the reasons for the same in most cases he elaborates is the long-term chemical effect of sugar, one aspect which most need to understand is that diabetes whose onset starts later in life is primarily because of reduced physical activity and sluggishly functioning organs including the pancreas that produce insulin. In the presence of less insulin to break down sugar into glucose, blood sugar accumulates and circulates in the blood affecting other parts of the body.

The world, he puts forth, is aware of how high blood sugar affects the heart in multiple ways. In fact, dying of heart disease as a direct consequence of diabetes is almost 2 to 3 times higher than heart diseases brought on by other reasons. One form, and likely the most common, is atherosclerosis where coronary arteries get chocked with cholesterol build-up which suppresses the supply of oxygen and essentials nutrients to the heart and brain. A related development is when cholesterol hardens to form plaque which may rupture arteries. Platelets sent to block this rupture further block the artery and precipitate a heart attack. Blood sugar affects the heart in another form by affecting the contraction and expansion of blood vessels and muscles of the heart that may lead to heart attacks. The last, he adds, is the effect of diabetes on the working of all the organs of the body and is the primary reason for its being termed a killer of a disease.

While all this goes on in the heart and other parts of the body, he continues, blood sugar shows its effects in marked ways in the working of the brains. With Type 2 diabetes typically starting around the 40s, studies in the west show that there is every reason to believe a diabetic’s mental health is likely to be affected adversely later in life, with dementia being the main outcome. As compared to age-induced diabetes, Type-2 diabetes that sets in early in life increases the chances of varied brain-related disorders including dementia by a factor of 4. Yes, one is four times more likely to suffer dementia and other brain conditions if one suffers from type 2 diabetes early in life. Recent studies have uncovered the precise reasons for the same.

It now appears to science, he adds, that insulin besides helping break down sugar into glucose, also regulates the human patterns of feeding and also monitoring energy storage, be it within the blood or in other areas including the liver. While there’s little to challenge the effects of insulin on food intake and metabolism he elaborates, what’s new is science’s discovery of its effects in memory and cognitive functions, and other important areas including the hippocampus that activates the reward-recognition behaviour in humans.

Central to all these is the single most important element. Insulin. Where the body gets sufficient quantities of the same till old age, the body’s organs function as desired with minimal chances of contracting dementia. This, an ideal situation, though rarely happens in the real world. What instead takes place in most cases is a progressive reduction in the quantity of insulin corresponding to age. Though not the ideal situation, this he adds is bearable as the brain’s functions do not get affected. Insulin supplements add to some relief. Most pernicious is the case of early-stage, Type 2 diabetes. Shortage of insulin being the norm, insulin-induced dementia sets in rather early and only progresses (meaning deteriorates) with age.

The solution? As always, the proverb ‘prevention is better than cure’ works best, he says. Prevention in Type 2 diabetes, he mentions invariably means lifestyle changes that include changes in:

Type 2 diabetes, irrespective of age and physical condition is a state that needs the right medical assistance to bring it under control. In Pune (and possibly India!), the best lifestyle reversal remedies are available at Aloha Clinics, where beyond a strong clinical team, Aloha Clinics has a state-of-the-art medi-gym. The exercise regime for patients at this medi-gym is designed by cardiologists, diabetologists and sports & exercise medicine experts. And while the patient is exercising, his ECG and other vitals are continuously monitored by doctors. If it’s about life that remains unencumbered by the likes of diabetes, all it needs is one visit to Aloha Clinics.