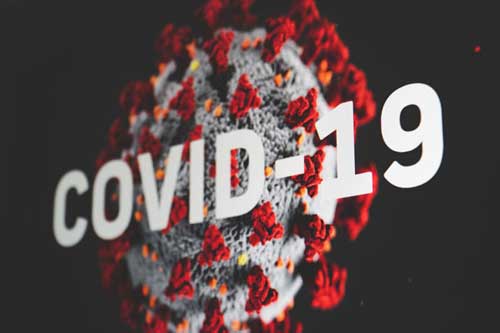 Steps for diabetics to keep Covid-19 away

Misery loves company. So too diseases as is evidenced by the high prevalence of Covid-19 among diabetics.

Hi, I am Dr Ashwini Joshi of Aloha Clinics, Pune, one of Pune’s finest healing and therapies centre that has helped people turn their lives around to live and see better days. We have had our share of Covid-19 patients who have in an equally substantial numbers also been affected by diabetes as co-morbidities.

Today I tell you the connection and how to take care.

Covid-19 or for that matter most viral diseases being the result of weak immunity, one of the first and most obvious question that comes to mind is how does diabetes affect immunity.

The body’s response to any external attacks by pathogens is three-layered. Of these, the first two are more or less an auto-response to any aggression (by pathogens that include bacteria and viruses). The third, an adaptive immune response is launched by the body’s fighter-cells the WBC. Of all the three layers, it’s the third which is most affected by elevated blood sugar. It impairs and limits the WBC’s response due to a process called acidosis. Add to that the presence of open wounds on the skin of chronic diabetics, and the chances of contracting the virus goes up substantially. That, and the overall presence of a conducive atmosphere rich in sugar is most likely to make the person very sick for a very long time. In such a state, like it or not, the one with co-morbidities including diabetes is most likely to go down to the likes of the Covid-19 virus.

Another aspect that adds to the mess is the thickening of the blood due to excessive sugar that obstructs its easy flow within the body. This affects the transfer of essential nutrients to fight off the infection.

Has the instance of diabetes affecting Covid-19 increased during the lockdown? If so, why?

Majority of the deaths caused during both the first and second phase of the pandemic has been attributed to comorbidities like heart disease and diabetes. Of these, the latter has shown a marked jump. As described before, diabetes as a condition reduces the efficacy of one’s immune system drastically which lets the virus have a free run and in a very short while patients are known to succumb to the disease. As for the sudden rise in diabetes, two things are attributed:

Where does diabetes lend itself to the present pandemic?

A compromised immune system is the right setting for the Corona virus to attack and take hold. With most diabetics being obese & also suffering from heart diseases, overwhelming the lungs doesn’t take too long to succumb.

What to do to stay healthy?

In the end, given the war footing at which things are moving, the Covid-19 pandemic would be tamed eventually. As for Diabetes, and more so Type 2 diabetes, much has to be done by those suffering from it to bring in any sense of semblance.