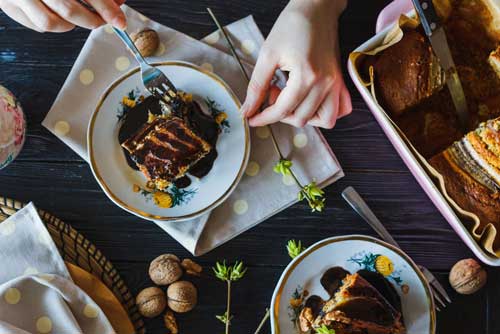 Our craving for sugar and what it does to us

If it was the apple that did in Adam and Eve as per mythology, it’s sugar doing the same to us today! Extremely pleasurable, we seek and consume it where ever (and whenever) we find it without in most cases giving it a second thought about what it does to our bodies.

And why do humans love sugar? The answer, like every other thing about humans, has to do with our evolution. From the time we learnt to walk, we needed energy to out-run predators, and run consistently after prey. That, and the innate thing of linking everything sweet to foods that are fresh, eatable, non-toxic and not rotten meant we searched out sugary treats like fruits with excessive fructose and sweetness and consumed them whenever the chance came. These were times when, for all intents and purpose, we were still animals.

That was a good 12000 years back. There were jungles then, and we were as yet evolving. Cut to the present when practically every activity of ours has changed so drastically that anyone from those times could mistake us for complete aliens. We don’t hunt and gather, and in most cases don’t even cook our food. Most of us don’t farm or climb trees to get to the fruits. And most significantly, sugar today doesn’t equate only to fruits and natural foods, including honey. These days sugar in most cases means packaged goodies in forms including cakes, bakes, chocolates and everything sweet that we drool over.

What was at one time a reward for a certain amount of physical labour is today only a craving that gets satiated without physical efforts of any kind. Stretch your hand in any direction, open a drawer, pull out a bar of chocolate, and all the labour that is involved is prising open the wrapper. What has also changed is the amount of sugar that we consume courtesy of the treats that we eat. Fruits in their most natural state have nature to help guide their composition in terms of ingredients. For most other foods today, it’s us humans who decide, and in almost all cases ingredients are way different from what we need.

All this has led us to a state where we consume sugar as part of our cravings, which research shows only grows stronger with time. If it’s a measly tea-spoon today, you can be sure of its doubling shortly. We need sugar for practically every activity that we do- even during sleep. From the brain to the toes, sugar is probably the most commonly needed chemical. Things go wrong when our evolutionary trait of identifying sugar with things nice and nutritious kicks in. Sugar like morphine gives us a sense of pleasure and makes us consume it as often as possible- without consciously realizing the after-effects.

Over time, the brain’s neuroplasticity identifies sugar as a “must-have” commodity leading to ever-increasing craving. In time, this “must have at all cost” results in an addiction to everything sweet - especially manufactured foods that are seriously heavy in pure sugar. Not all the sugar we consume gets digested. A substantial part finds its way into our blood as blood sugar (not glucose, mind you!), the primary reason behind miseries arising out of diabetes. Some of it also gets stored as fat in places, including the liver, and between organs.

Like always, positive changes come about when we feel strongly about it in a conscious state - more strongly in fact than the negative “must-have” craving. Such a resolution is necessary given that constant consumption of sugary foods leads to our brain forming patterns that are difficult to change. They resist change. The only control that remains, and that’s vouched by recent studies, is self-control, which sometimes means drastic changes and conscious control.

India’s consumption of sugar according to AHA is close to the ideal (6 teaspoons or 24 grams for women and 9 teaspoons or 36 grams for men) though this could be erroneous on two counts. One, India’s population shows variations across demographies, be they related to places, cultures or races. Sugar-consumption patterns too are just as varied. Second, the better-off in India consume loads of processed foods, which sometimes equal those in the west. A surfeit of sugar and calories consumed long enough can bring about the onset of diabetes!

The only way things can change and stay that way is by self-control towards which a few steps may include:

India is on its way to be called, among others, the diabetes capital of the world, and rightly so for varied reasons. If you too are a diabetic or fear the onset of the same, please Aloha Clinics for help, including complete reversal of diabetes. Click here to know more!